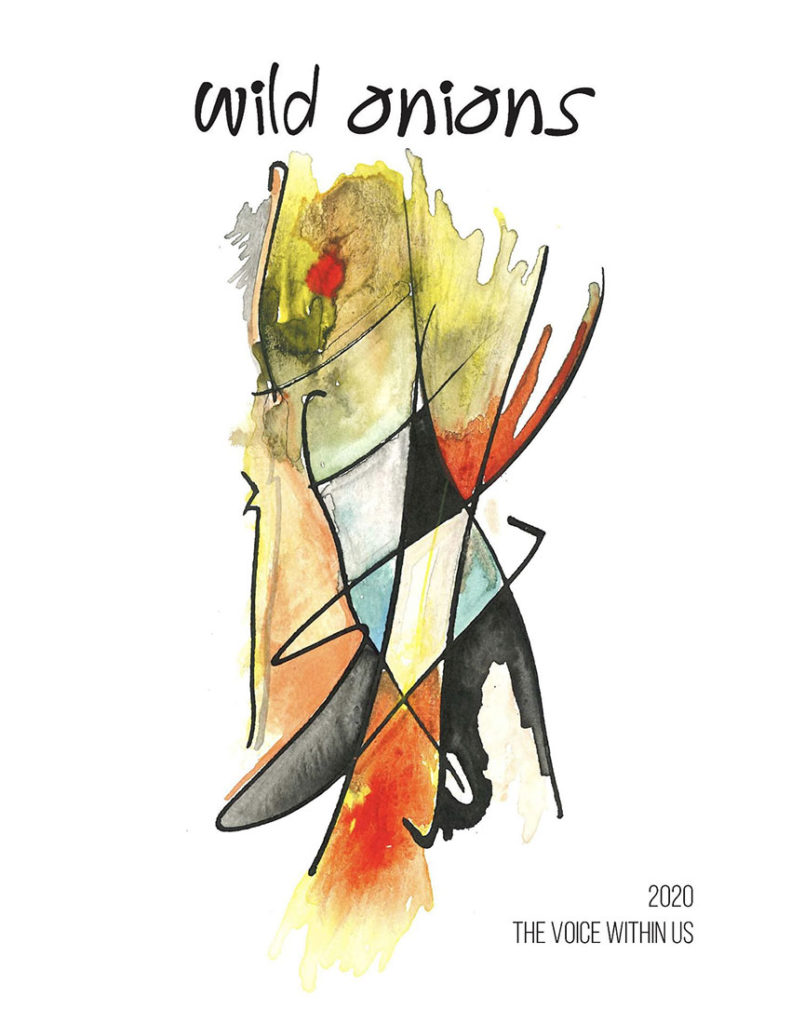 Wild Onions 2020:
The Voice Within Us

Each year, the editorial team chooses a theme to spark creativity. This year’s theme, “The Voice Within Us,” refers to both singing and self-expression. Wild Onions sings this year by offering a rare glimpse into hundreds of experiences that culminate in a day in the life of our health care institution and college. In this issue, we show the drive of medical students, the heartbreak inherent in a crisis, the coveted doctor-patient relationship, the devotion of a family member, the nostalgia that comes when facing change, memories of youth, struggles in pain and the melancholy and the joy in life.

The photography, art and creative writing published in this issue enable us to expand and deepen our appreciation of the voices around us. The beauty of Wild Onions is its capacity to create a vibrant, creative and expressive community year after year. Each year, we choose a theme to spark our creativity. I have the honor of introducing this year’s theme of Wild Onions as “The Voice Within Us.”

In its most basic form, singing is the act of producing musical sounds with the voice. In reality, it is so much more. From the time we are born, human beings have the need to sing. Even before we utter our first sentences, we seem to be driven toward making simple melodies and rhythms, giving voice to our young hearts. In modern times, singing is a universal activity pervading the daily lives of individuals from diverse cultural, demographic, and political backgrounds. Singing expresses that which mere words and thoughts cannot. We sing in joy and we sing in sorrow. When we hear others sing, we can glean their innermost emotions, and when we sing ourselves, we experience release and relief.

But our voice within does not pertain only to song. Our inner voice can be expressed in so many ways; as poetry and prose, photography, dancing, sculpting, and painting to name but a few.

I urge you to immerse yourself within these pages. You will view the expression of the innermost voices of our patients, our colleagues, and our friends.

I want to thank all of our contributors for sharing their inner voices, their talent and creativity, their joy and their pain. I want to thank our guest judges for their time and commitment. Thank you, Dr. Bernice Hausman, publisher, Deb Tomazin and Kerry Royer, managing editors, and the Senior Student Coeditors, Gloria, Ansh and Sally, for the honor and opportunity to serve as guest editor of this remarkable edition of Wild Onions. 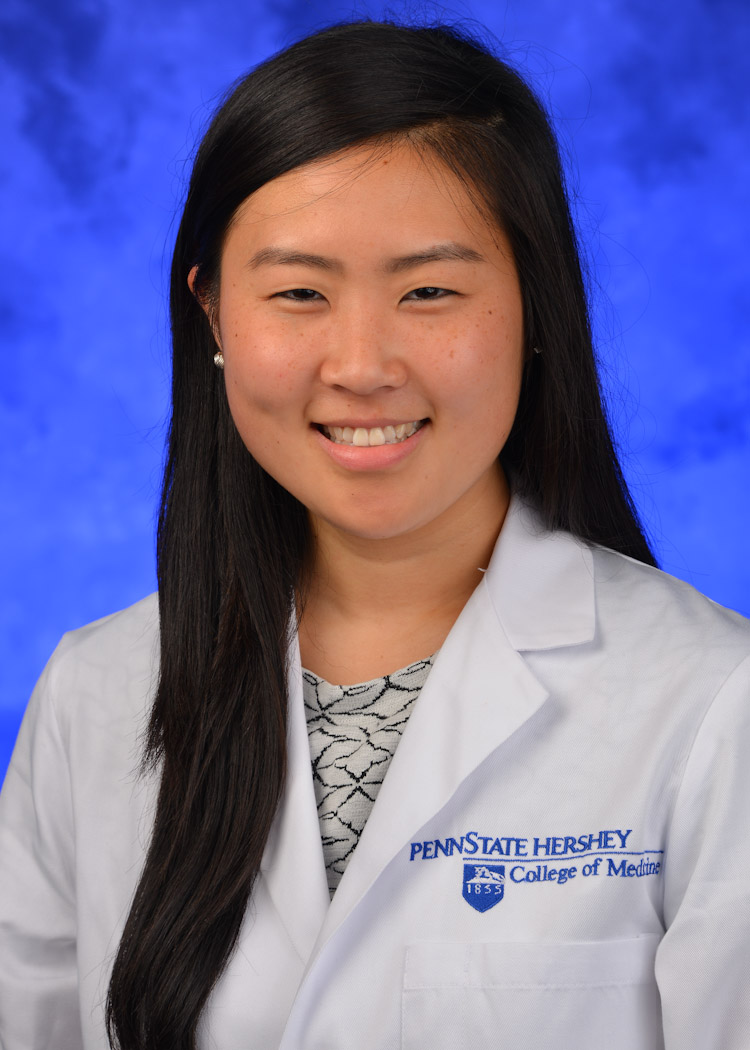 Gloria Hwang was born in Philadelphia and grew up in Gaithersburg, Md. She earned her undergraduate degree at Dickinson College in Carlisle, where she majored in biochemistry and molecular biology. She founded Dickinson’s first science magazine.In medical school, she became an editor of Central PA Medicine, which shares health news.

She enjoys the editorial process as well as the artistic process of creating graphic designs and ceramic art sculptures, and pots using the potter’s wheel.

She will be entering a preliminary year in general surgery at Penn State Health Milton S. Hershey Medical Center in July 2020. 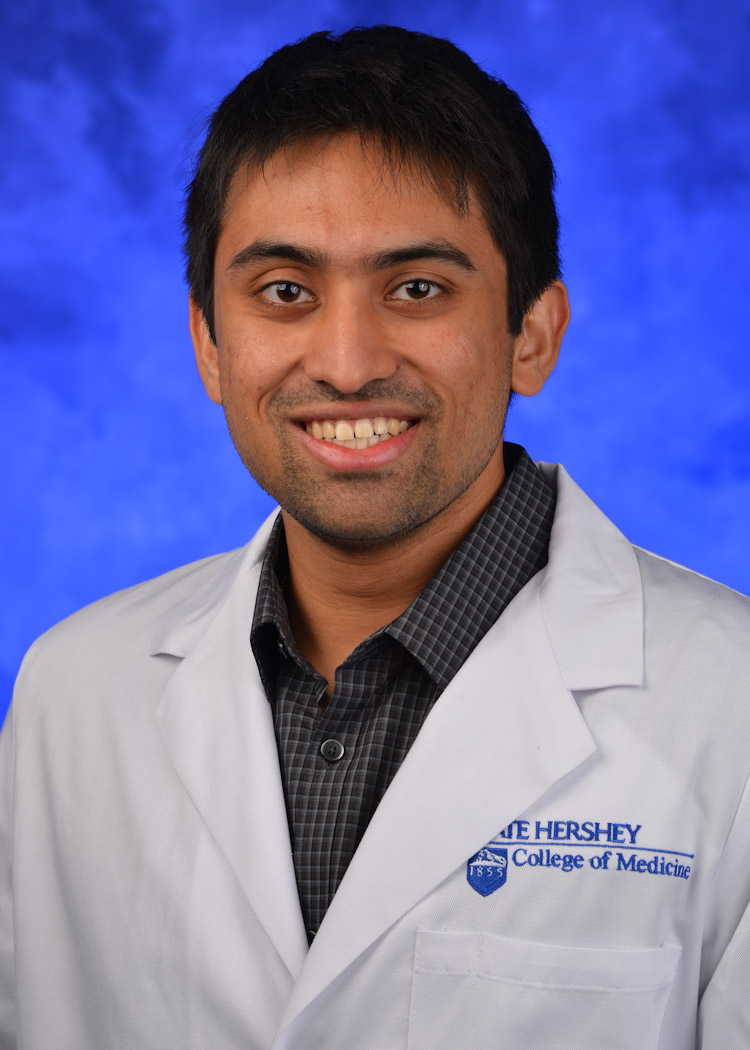 Ansh Johri grew up in Rockville, Md. He majored in biomedical engineering at Columbia University in New York and subsequently completed a master’s program in bioengineering at University of
Pennsylvania in Philadelphia before starting medical school.He enjoys table tennis, basketball and South Asian bhangra dancing. He will be pursuing a residency in interventional radiology at the University of Massachusetts. 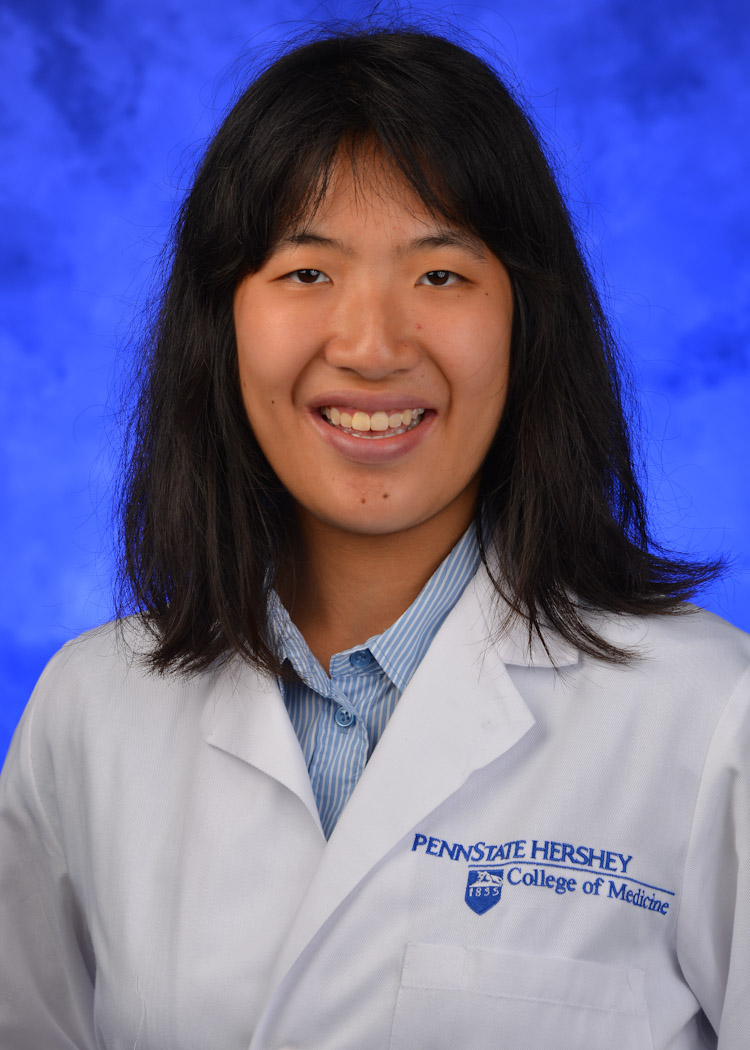 Sally Ng grew up in New York City. She earned her undergraduate degree at the University of Notre Dame, South Bend, Ind., where she majored in the biological sciences.In her free time, she loves to run outdoors, write poems and travel.

She will be pursuing a residency in pediatrics.

He is a practicing surgeon who is passionate about patient care, outcomes-based research and surgical education. He loves to teach the science and art of surgery. He is a distinguished fellow of the Society for Vascular Surgery and currently serves as the research council chair for the American Venous Forum and chair of the Young Surgeons’ Committee for the Eastern Vascular Surgery Society.

When he is not busy operating, he finds himself painting on the canvas. He finds remarkable similarities between surgical operations and painting. Before a surgical procedure, a surgeon has an image in their mind of what a successful operation should look like at its completion and devotes all energy to make it happen. In essence, this is what an artist strives to do in every piece of art.

Dr. Aziz gives a part of his soul to every surgical operation he performs and every painting he paints. He finds both of these activities profoundly satisfying and soothing.

She devotes time to her community by serving on a number of boards, including the American Heart Association – Capital Region, Teaching Hospitals of Texas, Southwest Transplant Alliance, One Roof (a homeless agency), Alabama Department of Mental Health and the Birmingham Literacy Council. She personally volunteered as a Big Sister with Big Brothers Big Sisters.

Berini was recognized as one of the Top 25 Chief Operating Officers in the country by Modern Health Care in 2018. She has been published in several journals, including the Journal of the American Medical Association – Internal Medicine.

Dr. Molly O’Dell lives, writes and practices medicine in southwest Virgina, where she was born and reared. After graduating from Medical College of Virginia, she returned home for her residency in family medicine and began her solo practice in Buchanan, Va., where she had the opportunity to practice all aspects of family medicine, including house calls.

While pregnant with her second child, she was recruited to the position of public health medical officer for the Virginia Department of Health, where she served for more than 20 years.

She earned an MFA from University of Nebraska in 2008. Her essays and poems have been widely published and her chapbook, Off the Chart, was published in 2015. Care Is A Four Letter Verb: a mixed genre collection, is forthcoming in 2021.

He was introduced to DSLR cameras by Michael Green, MD, and Paul Haidet, MD, and quickly became fascinated by portrait photography.

With a colleague, Richard Hammer, MD, he started working to learn about lighting and in 2010 formed Snapshots of Strength, a small group whose members take professional portraits of more than 100 kids with cancer and their families each year. Four Diamonds generously funds the project. Deb Tomazin in the Department of Humanities edits the photos, and three photos of each family are printed, framed and mailed as a gift to each family.

Click or tap an image to view larger version 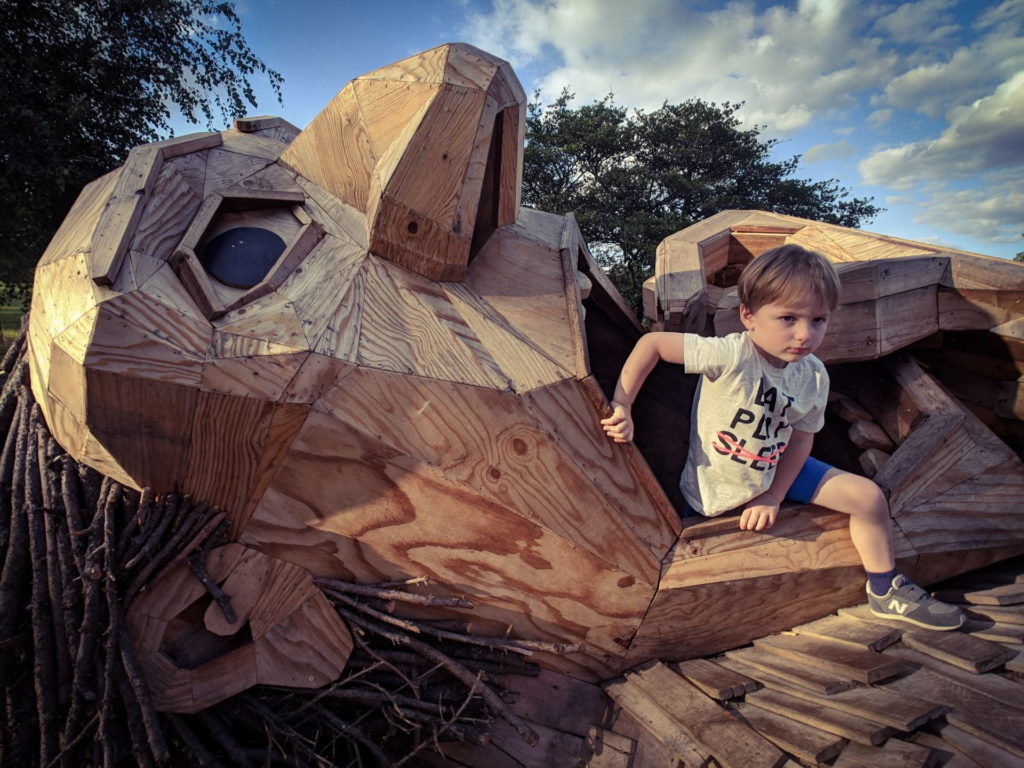 Department of Surgery (Division of Urology)
Winner, Theme Photography Award
Judge's comments: This photograph was just so playful and fun. It sparks a sense of adventure as the child appears as a manifestation of the voice within us emerging from the depths of this large sculpture. 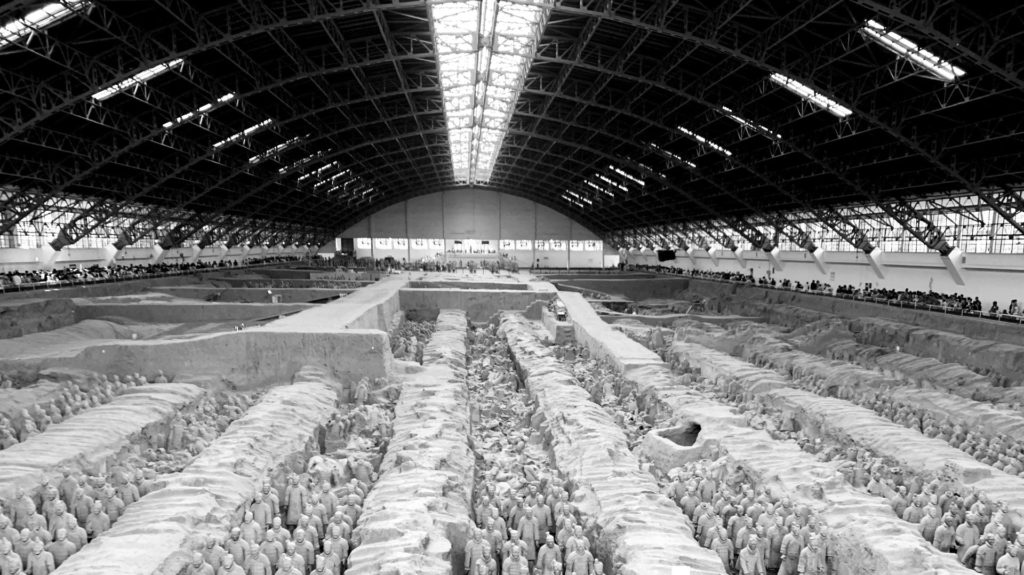 Department of Cellular and Molecular Physiology
Winner, Faculty and Health Care Provider Photography Award
Judge's comments: This industrial black and white with endless marching figures is riveting. While likely an artistic exhibit - the scale and framing of the shot are perfect - we are hovering above as they march toward and beneath us, we are spared inclusion in the march but can’t help but be drawn in - who are they, why are they marching, and is this all any of us do? 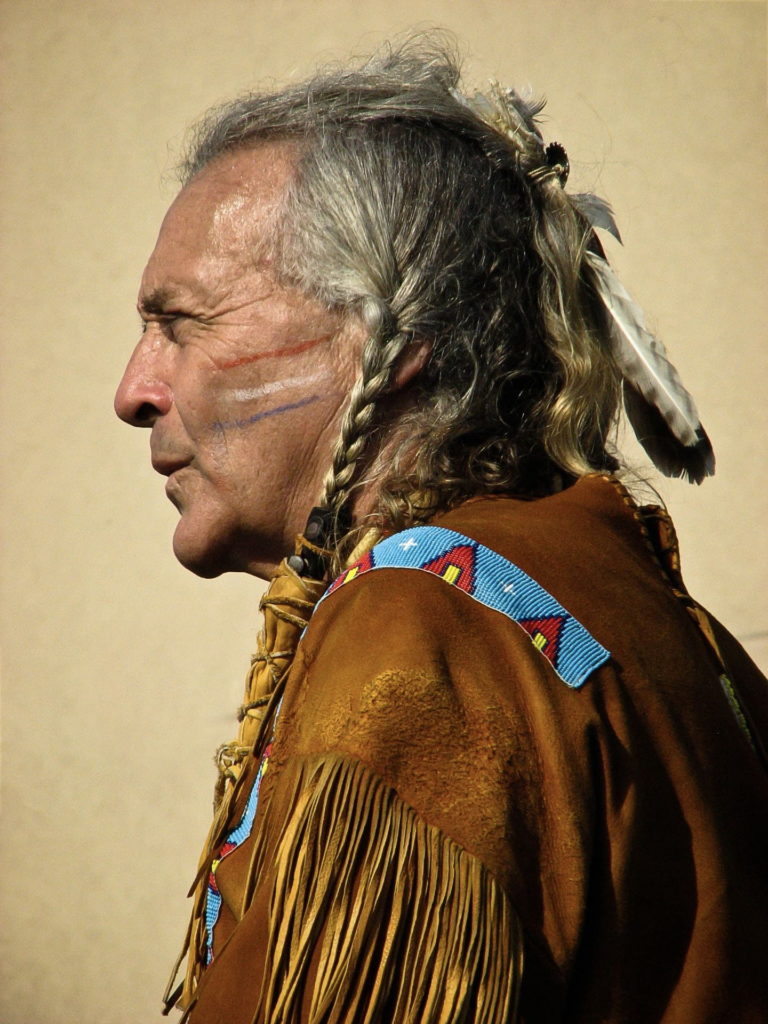 Patient
Winner, Patient Photography Award
Judge's comments: Profiles are unusual in portrait photography, probably because so few of us are flattered by them, but this is the exception. In this case, the weathered, squinting face of a Native American man, presumably in his 50s or 60s, gives a feeling of engagement, strength, and perceptiveness. The details are revealing: his braids are perfect and were created by someone experienced. The shoulders of his fringed, cowhide jacket have been rubbed down. Perhaps this garment often hangs in a closet too tight for the width. He looks as if he’s speaking, or perhaps even singing. The name, “Heritage,” speaks to all of us. Cross: By Paul Nguyen, in collaboration with Jacob Ritts

Second-year medical student
Winner, Student and Resident Photography Award
Judge's comments: With subtle light and a careful composition, we are drawn into the mystery of this young man’s identity and what he’s feeling. The title of the piece, Cross, has obvious religious overtones, and in addition to the framing of his arms and legs (which form the cross) his naked legs and feet are juxtaposed on golden, richly colored fabric. The piece is reminiscent of Michelangelo’s Pieta, portraying Jesus draped, already passed, on Mary’s lap - his bare feet touching the rich fabric of her gown. The mystery is emphasized by his looking away from us, his head tucked beneath a protective arm. It also reminded me of Wyeth’s Christina’s World, the painting showing a young woman looking away from us toward a home in the distance, which forces us to wonder about her. The tones and composition of this work are suggestive of old masters’ paintings and defy the medium of photography, which tends toward the now and the factual. 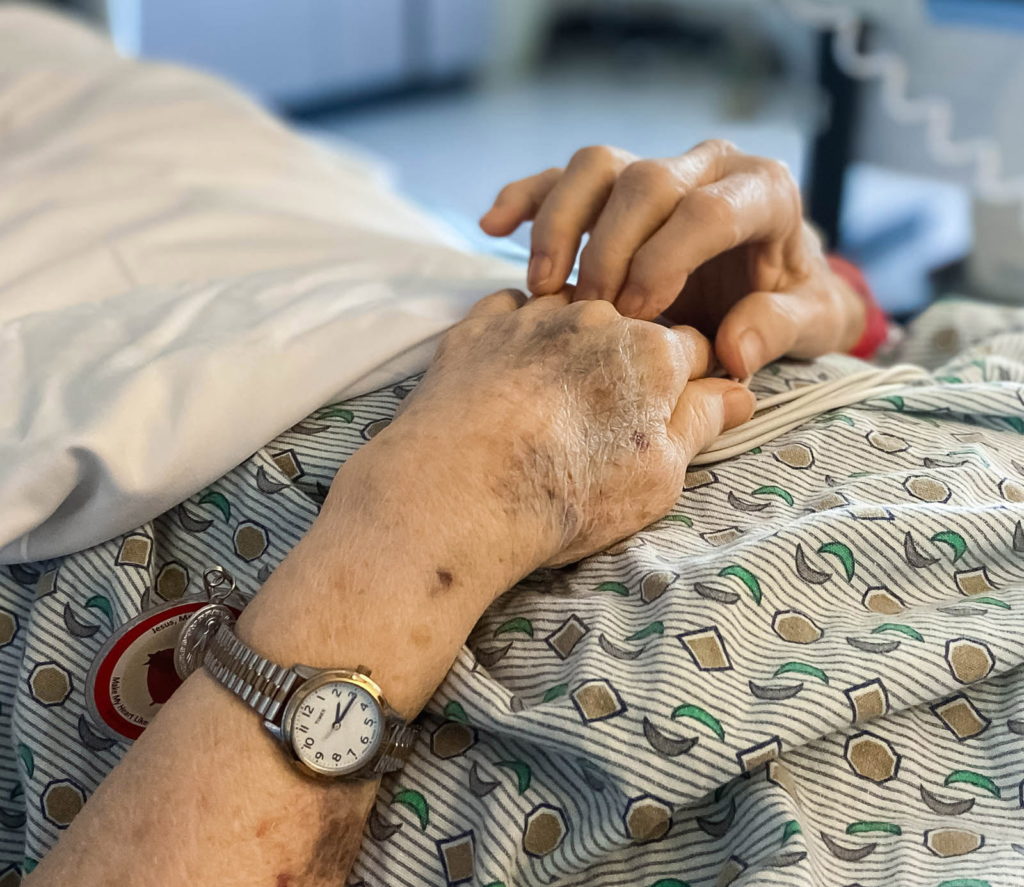 Hurry Up and Wait: By Mary Mager

Family of patient
Winner, Staff, Family Member and Community Photography Award
Judge's comments: Personifying the experience of the patient, these calm hands have been through the wars - brittle skin and bruised, they still calmly wait on a belly for what’s next. The presence of the watch suggests that the owner of these hands is still cognitively intact and waits fully aware. The playful ellipses, diamonds and octagoned gown are contrasted against the wires - the monitoring leads - disappearing likely beneath the hospital gown.

More from this edition